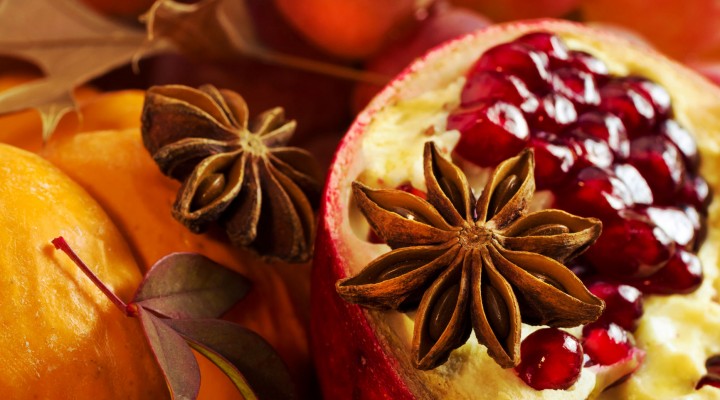 Star Anise has been used in traditional Chinese medicine for thousands of years to combat ailments such as arthritis, gas relief and as a mucus thinning ‘experctorant’.

A beautifully stellar spice, star anise contains ‘shikimic acid’ which is an active compound in the drug tamiflu, which is used to treat flu.  It also contains ‘anethole’, which is an antioxidant.

Click here to find out more about the Anise seed Some classic culinary partners of anise (click either menu to see the nutritional profile of each food:

Orange & Anise – Orange and anise (or any anise style flavous, such as cinnamon or cloves).  The true flavour of Christmas