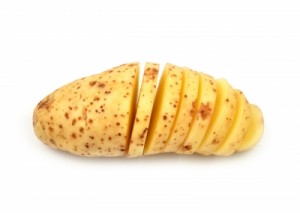 For this post, I’m going to jump right in… No preamble, and also keep it short.  This is an important topic and one that many people need to hear.

I must start by explaining something.  Pretty much all plant life contains carbohydrates of some sort, even the healthiest of vegetables such as broccoli.  Within the healthier options, they are locked away within the structure of the food such that they are digested/released slowly, causing even and slow release of sugars into the body for metabolism.

Carbohydrates are essential for human wellbeing, but unfortunately a lot of us put highly refined carbohydrates (that have been broken down either by cooking or mechanical processes) in our mouths instead of the healthy stuff, resulting in blood sugar spikes and sugar crashes thereafter, thus making us feel hungry once again and causing a negative feedback loop.  The key to feeling satisfied for longer is to eat low GI carbohydrates more often that high GI (usually processed) ones.  It’s not to say that you should not eat refined carbs, just that you should try to limit them, (which would make you enjoy them more when you do eat them).

And an example of a contentious one!

Obviously you want to stick to as low a GI as possible for best results on weight loss (and health for that matter, as you may be lowering your chances of developing adult onset diabetes by not forcing your blood sugar to spike).  But eating brocolli day in day out is no fun, so as ususal, take this advice with a pinch of salt, and have fun whatever you’re doing.  Remember that enjoying your food/life is arguably as important as losing weight, for happiness is a beautiful thing.