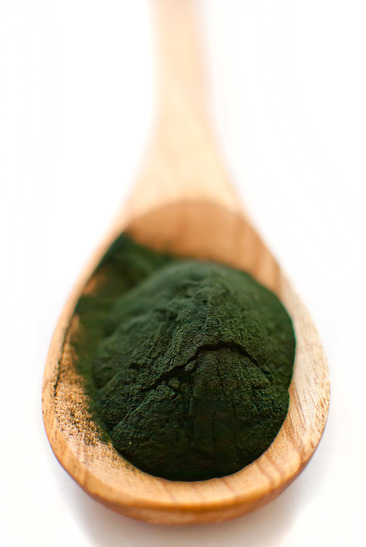 If you keep up with the latest in natural news and nutrition, chances are, you’ve heard of spirulina. Due to its various advantages to health and wellness, this saltwater plant is becoming increasingly common and is available in several different forms. Keep reading for more information on spirulina, including what it is, the benefits it provides and much, much more.

Spirulina is a type of blue-green algae that grows in salt water. While spirulina can be found naturally, the vast majority consumed by humans has been cultivated commercially then converted to supplement form. Spirulina can be eaten as a whole food and is also available in the form of tablets, powders and flakes. Nutritionally speaking, spirulina is packed with vital substances, some of which include the following:

The Benefits of Spirulina

Although extensive research on humans is incomplete, both animal testing and test-tube studies suggest that spirulina is extremely beneficial to numerous aspects of health. For example, when eaten or taken regularly as a supplement, spirulina may provide health benefits like the ones listed below.

Laboratory studies have shown that spirulina supports and protects immunity by increasing the body’s production of disease-fighting antibodies. In addition to fighting off infection, the antioxidants found in spirulina may be beneficial in the treatment of illnesses ranging in severity from the common cold to certain types of cancer. For example, in one study, spirulina has shown to prevent oral cancer in individuals who use smokeless tobacco products like chewing tobacco and snuff. What’s more, test-tube studies have revealed that spirulina may prove helpful in the treatment and prevention of infections like herpes and HIV.

Traditional antibiotics, though helpful in treating bacterial and viral infections, can often have a negative impact on gastrointestinal health. This is because, along with destroying unhealthy bacteria, prescription antibiotics attack healthy bacteria as well. These healthy bacteria, called probiotics, are essential to healthy digestion and prevent the onset of diarrhea and other complications. Studies have shown that spirulina can boost the production of healthy probiotics, thus enhancing gastrointestinal health.

When it comes to cardiovascular health, spirulina may provide a number of benefits. In addition to improving circulation and regulating blood pressure, regular spirulina supplementation may also lower and regulate cholesterol levels. Combined, these benefits significantly enhance cardiovascular health by helping to prevent serious complications like heart attack and stroke.Healthy Liver Function
In laboratory studies, spirulina has proven effective in protecting various aspects of liver health. For one, preliminary testing has shown that spirulina’s antioxidant properties may be beneficial in preventing cirrhosis and other types of damage in patients with hepatitis. Plus, regular supplementation may also provide benefits like the following:

Research has yielded evidence that spirulina may provide significant advantages to brain health. For example, regular supplementation may reduce the risks associated with brain disorders like Parkinson’s and Alzheimer’s diseases. Plus, the antioxidants found in spirulina have been shown to reduce inflammation as well as prevent and repair age-related damage to the brain.

Animal testing has shown that spirulina may protect against allergic reactions by restricting the body’s production of histamines, which are substances that lead to the onset of symptoms like sneezing, itching, diffuclties breathing, runny nose, watery eyes, etc.

Relief from Pain and Inflammation

In individuals with arthritis, fibromyalgia and other inflammatory disorders, spirulina may provide relief from pain, swelling and discomfort. This is due to the plant’s antioxidant properties, which reduce inflammation and prompt the production of healthy new cells.

When it comes to psychological health, spirulna can provide benefits like enhanced mood and reduced risk of depression and anxiety. This is the result of the plant’s levels of vitamin D, which is essential to good mental health. Plus, the B vitamins found in spirulina have proven helpful in providing clean, lasting energy without the crashes associated with caffeine and other stimulants.

Spirulina is generally considered safe and effective in improving health and quality of life. However, since human research is incomplete, it should only be taken by healthy individuals or those under a doctor’s care. Also, due to its powerful effects on the immune system, spirulina should not be taken in conjunction with drugs that suppress the immune system. In addition, spirulina may present risks like the following:

How to Take Spirulina

Typically, spirulina supplements are taken in tablet or powder form. It’s important to note that, since tablets require added ingredients and manufacturing, they are often less potent and more expensive than powdered spirulina. Plus, studies indicate that powdered spirulina may be easier to digest than tablet supplements. And although there are no set dosing guidelines, standard dosing instructions recommend three servings each day, with each serving equaling six grams of spirulina.

And there you have it: everything you need to know about this beneficial superfood. With the information provided here, you’re better equipped to decide if regular spirulina supplementation is right for you. If you are taking any medications or have any other concerns regarding supplementation, speak to a doctor before taking spirulina.